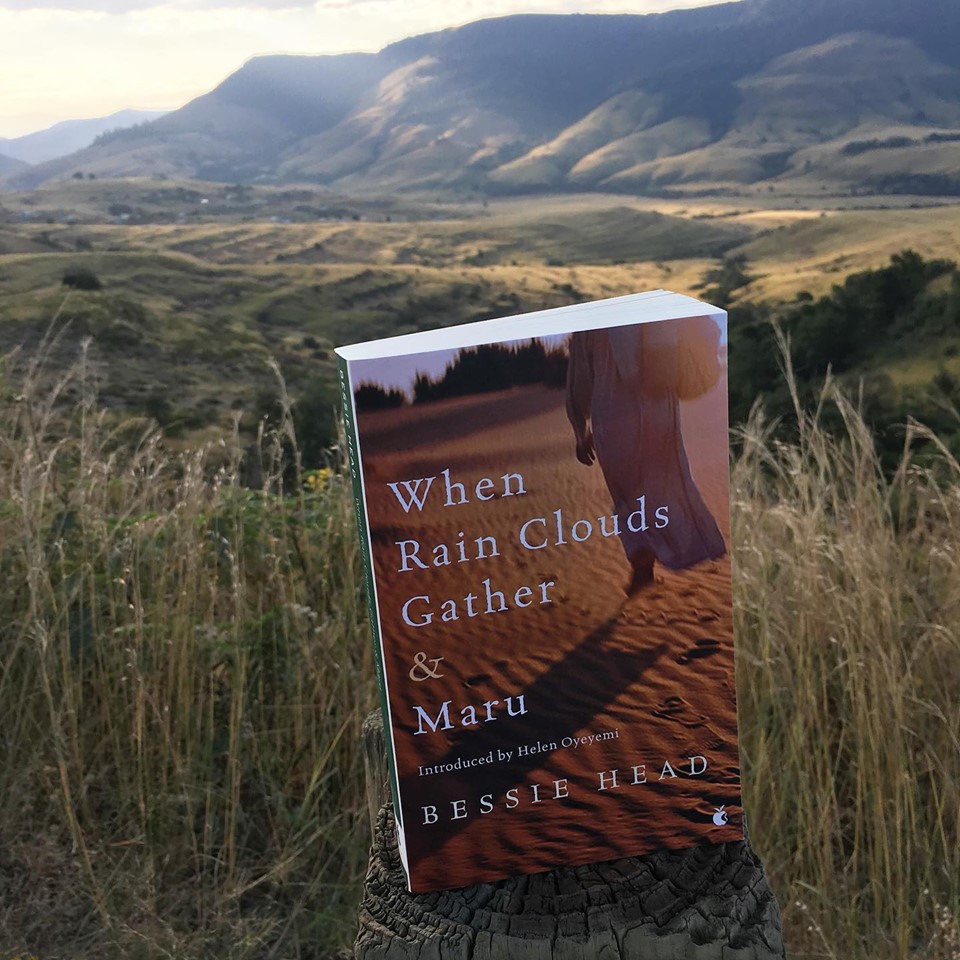 I picked up some books (way too many and I had to carry them home) during my travels in South Africa and Botswana. I was there to do academic research in several archives, and along the way, I spent time in several bookstores.

Here are my thoughts on some of these books, now that I’ve read them. 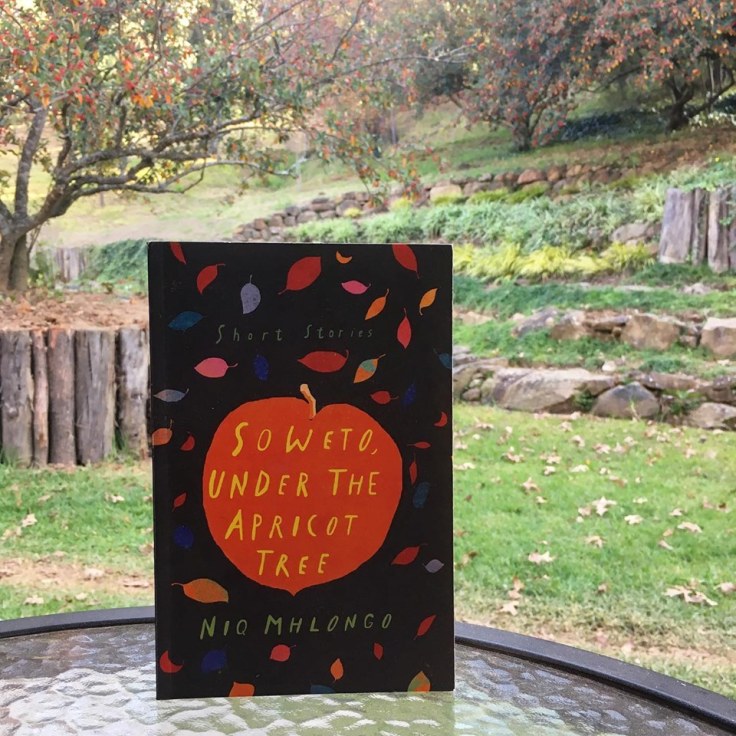 This book, Soweto, Under the Apricot Tree (2018) by Niq Mhlongo, is gorgeous, inside and out. The collection of short stories is written plainly yet profoundly, exploring topics like rape, death, racism, and homelessness. The characters are complex, and I can’t help but feel that I learned some inside knowledge about what it means to struggle and persist, to empathize and see others clearly. I couldn’t put this one down! And I am not usually drawn in by short story collections. This one had me hooked. 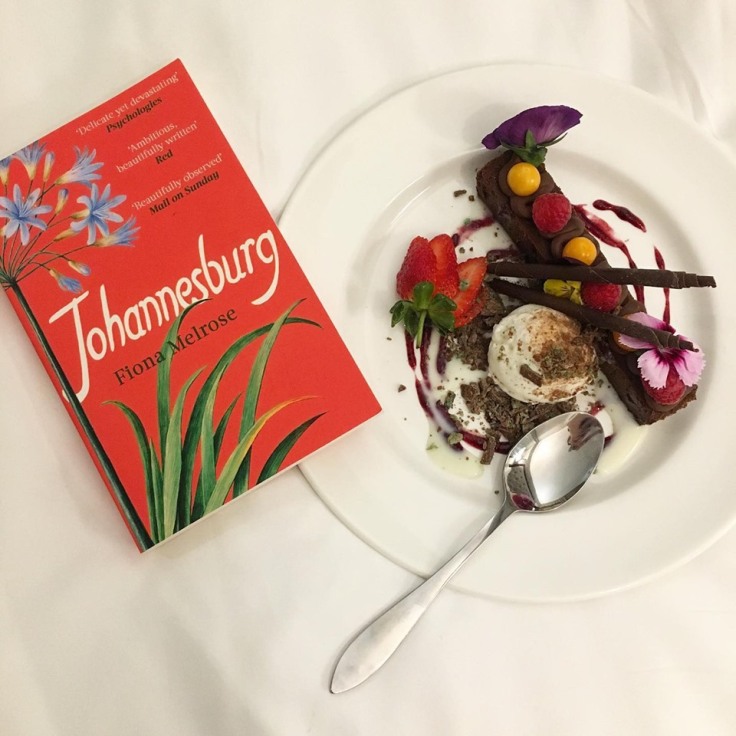 The contradictions in this photo are visceral for me. I spent a few hours in Johannesburg, a city known for its historic gold rush and probably more widely and currently for its violent crime. I rode through the city in a cab, and the driver took us through the most dangerous neighborhood, Hillbrow. When we realized where we were, we had to go for the ride. The driver explained that this was his neighborhood, and how do you tell somebody that they can’t drive through their own neighborhood?

That is why this picture captures the absurdity of my travel adventures. I can return to my comfortable hotel and order an over-the-top dessert to arrange with my pretty book. Our cab driver will continue to work, save, and survive in Johannesburg while I sit with the unethical feeling of my own privilege.

This novel Johannesburg (1986) by Fiona Melrose captures this juxtaposition well so far. It focuses on many different people in the city on the day of Nelson Mandela’s death. It emulates the form and feeling of Mrs. Dalloway by Virginia Woolf, a quality that made me love it. Most poignant for me in the story was the homeless man, with a hunchback, who is hustling on the streets. I saw many of those men, begging for change and offering to scrub the windshield.

The question now is what will I do? (What can I do?) I feel paralyzed by the systems that allow for the rich and the middle class like me to have so much and yet afford so many others so little. 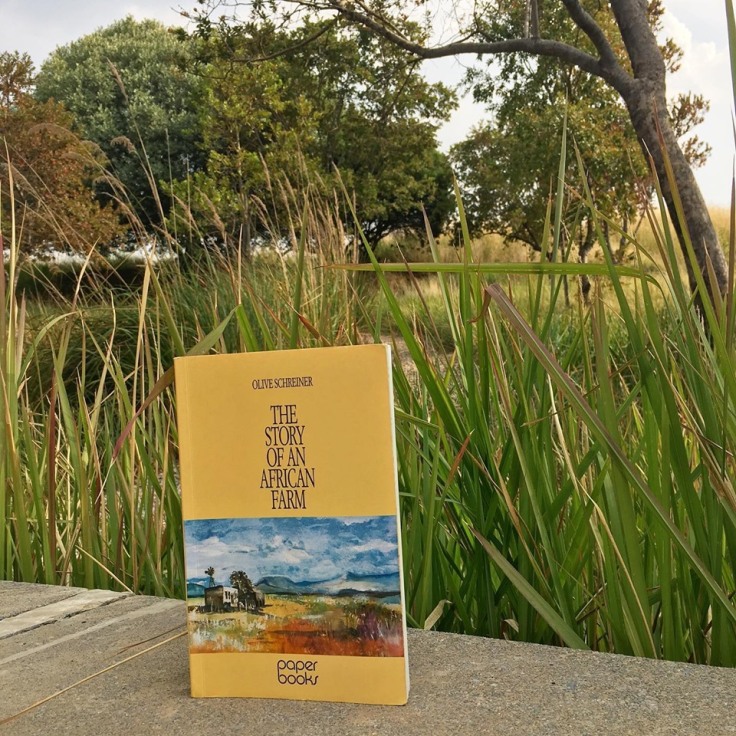 I carried around a copy of The Story of an African Farm (1883) at the Apartheid Museum in Johannesburg looking for the perfect place to take a photo of it. I think I found it, but after walking through the museum for almost three hours. I wept during most of those hours.

While the museum is about the political and racial struggles of South Africa, this book is more about the struggles of children. The first half of the book is about their mistreatment at the hands of a conman—appropriately named Bonaparte Blenkins—who shows up at their farm and charms their step-mother/guardian. His deeds are heinous and diabolical. It was hard to read. One of the children wisely notes: “We will not be children always; we shall have the power too, some day.” The second half of the book explores what they do with their “power” in adulthood.

Overall, I appreciated this book and I enjoyed reading it, but I didn’t really like it. It was strange and disjointed in places.

While at the Apartheid Museum, I saw a case dedicated to the author, Olive Schreiner. She is one of the most prominent and well-known South African authors. I’m glad I read her novel, but it did dehumanize the black people on the farm and focused on only white/Boer problems. It is a product of its time and had that tone, which bothered me.

That said, there was a surprising and somewhat funny cross dressing chapter! 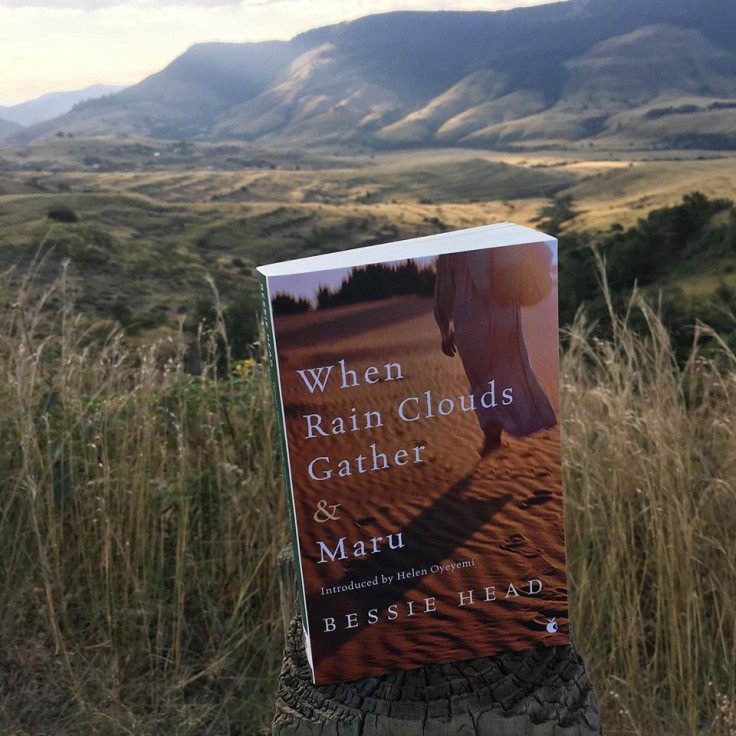 South African author Bessie Head, the child of a mixed-race couple, lived during a time when the Immorality Act of 1950 banned such marriages and denied her very existence. She pushed back, claiming that love is more important than sociopolitical revolutions.

“I have no logical argument as to why these things are more important, except that I believe in the contents of the human heart … a silent and secret conspiracy against all the insanity and hatred in mankind.”

I have been wanting to read Head’s work since I began reading about South Africa for my research trip almost two years ago. Now I have two of her novels in one book. I savored these reads. The first novel, When Rain Clouds Gather (1968), is about a South African political exile who ends up in Botswana. He must figure out how to live there and he meets with some resistance from tribal leaders. There is also some romance. The novel seems to be based on the experiences of the author, who was also exiled in Botswana for many years because of her outspokenness against apartheid in South Africa.

What other African novels should I be reading? I’ve mentioned my goal of reading more internationally. I’d love your suggestions.

11 thoughts on “Reads from South Africa”

Would you blow up your life and your family for love? That’s what happens in this memoir, Blow Your House Down, and while she finds that time heals all wounds, and that she is happier with her new life and new husband, there are many scars.
I’ve been working on putting myself first, not in a selfish way, but in a way that ensures that I am my first priority. It’s hard. I tend to worry about what other people think and how I can please them. My therapist is helping me to see that I’m important too and that I can be more authentic and therefore more confident in who I am and what I want.