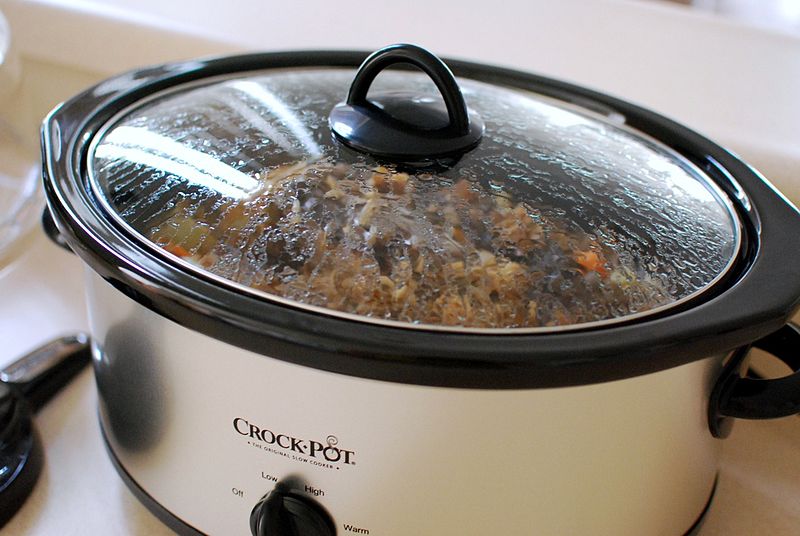 Leda is cooking now. She knows Walt cannot eat solid food yet, but she feels better just using her hands to create something instead of watch somebody decline no matter what she does. She is chopping potatoes and loading them into her crockpot, hoping she will have the appetite to eat the roast once it is done. She has always enjoyed cooking, although her children and grandchildren often make fun of her for it. This she cannot understand.

When Walt developed diabetes, she began taking half of the sugar out of her pies and cookies. To her, they tasted exactly the same, still savory and moist, still delectable to eat. However, she overheard Joe and Diane’s boys cracking jokes about the missing sugar. One of them even confessed to throwing the cookie she had give him into the trash when she had her back turned and then pretending to chew and swallow when she looked back. Had she really not noticed his deception?

When she entered the room after hearing this, the conversation immediately turned. She pretended that she had not heard them belittle her. Instead, she smiled and listened to their feigned sudden interest in the newspaper strewn atop the table, covering the wood so only a few small spots poked through. She smiled through it all, the tears wanting to be released, even stinging her eyes a little. The boys had not noticed. They did not care if they hurt her. She was their grandmother, an old person who did not understand anything.

She had been treated badly before. And then she had pretended that it did not bother her. Her Tio Miguel, her father’s brother, came to visit infrequently. But when he did show up, he always brought with him a jovial boisterousness, one Soledad always found to be suspicious. She would watch him, his smile faltering if anybody disagreed with something he said or his mood flattening if Pilar did not offer him any food.

One thing always occurred when Tio Miguel came to visit. Before finding the exit, he would line up the children and give them each a nickel. This became a treat the children anticipated with his visits, even if the rest of the visit felt uncomfortable. A nickel could buy many pieces of candy or an honest trip to the movies.

Soledad did not relish this ritual, for she never received her nickel. Miguel would march down the line of children, tell each one how beautiful they were, then hand them their cherished nickel. When he reached Soledad, Miguel stopped. Sometimes, he pretended to hand her the nickel. When she reached for it, he would snatch it away quickly and laugh. “You are ugly, Soledad. You take after your mother’s side of the family. Muy feo!” This would elicit more laughter from her large uncle. Soledad stood there, her shoulders slumping a little, her lips becoming quivery, and her knees beginning to knock.

Miguel would move on to her siblings, declaring them pretty as birds and awarding them the cherished nickel. Sometimes, he gave Maria two nickels, telling her she could have Soledad’s. Of course, Maria shared once their cruel uncle had left, but Soledad had never been able to understand his meanness.

This memory pricks her heart. She roughly slams the knife through the potato, hoping it will make her feel better. She imagines it is Miguel’s heart, but this does no good because she remembers that she has already forgiven him, already moved on. The pain of his cruelty still resides in her soul, but she remembers his later words and knows that she can heal, that she has healed.

Walt had encouraged her to take this step, to visit her despised uncle at his death bed. Miguel was dying and as a last wish wanted all of Pilar’s children to visit him. He had never had any children of his own and often referred to his brother’s children as if they were his own. This disgusted Leda, who at the time had never forgiven him for his calling her ugly. She did not want to visit him no matter how sick or afflicted. “Let him die,” she had said. “The world will be a better place without him in it!”

But Walt had encouraged her to go. She was a grown woman at the time. All four of her children had been born, and all except Colleen were in school. She should have more confidence and be proud of what she had accomplished. Walt had been successful with his insulation company, buying them a house in Sunnyvale. She was proud of her little house, just across the street from the park, but she could not bring herself, a more confident person than she ever had been, to visit her Tio Miguel, that bastard of a man.

But, Walt’s argument won. He persuaded her to go. Walt could be persuasive. In the past, if she had not heeded his promptings, he had been known to bend her over his shoulder and carry her to the car, play spanking her along the way as if they were Lucy and Ricky Ricardo. Leda did not want her dignity taken through this playful force, so she agreed to visit Miguel if Walt came with her.

As she stood at Miguel’s bedside, her body trembling in fear of the large man, now a shrunken person heading toward a grave, she saw him smile. Then tears welled up in his sunken brown eyes and he sobbed. The words, when he finally spoke, came out choked and strained. Leda had to strain to understand, but when she did, she cried too.

His words dashed open a wound in Leda’s heart, then slowly filled it with love. She held Miguel’s hand and they sobbed together. Miguel noticed that Leda and Walt had brought their children with them. The four of them stood in the background, not understanding the moment that Leda and Miguel had just shared, but feeling the sacredness of it. Miguel declared Leda’s children hermosa as well. Leda then realized that Walt had been right, and she felt overcome with gratitude that she had been brave enough to receive her uncle’s blessing and to forgive him for the mistakes of the past.

Leda finishes the last potato then turns to the carrots. She chops them quickly, tossing them into the crock pot with efficiency. The onions come next, the layers so perfect and complex. It is then that Leda realizes she must forgive again. She glances over her shoulder, knowing she won’t be able to see Walt in his family-room bed, but looking his way, thinking about him. She finishes her cooking, settling the clear plastic lid on top and turning the knob to “low.” She will let the roast cook now and turn her attention to other things. It won’t be tender and ready until it has simmered for a while.

I had another amazing few days at Princeton! We looked at rare copies of books from the Harlem Renaissance and at chapbooks from the Black Arts movement. These were mostly published by Broadside Press and are gorgeous.
I spent the day in Princeton’s Firestone Library in special collections. I got to see and analyze a first edition of Phillis Wheatley’s poems and a printed anti-slavery lecture that Frederick Douglass delivered in Rochester. I also got to read two of his letters! In one of them, he is telling a member of the Secret Six (who funded Harper’s Ferry) that he knew of John Brown’s plans but did not tell anybody else about them. Douglass was pleading to be believed, as he was not the one who made authorities aware of the plan.