I have learned a lot about faith in the last few years. Events in my religious community have caused me to examine my own beliefs and to study and ponder more on the issues that are important to me. I am learning to be, as Emma Goldman suggested, “broad and big” in trying to understand other’s experiences and viewpoints. I try to be gentle with others and with myself.

Part of this change for me has been guided by the wise words of my friend Amy. She once said, “Everybody is on their own journey.” Such a realization has helped me to judge less and love more. Maybe so-and-so isn’t making the choice that I think they should be making, or that I would make, but it is their journey and the path they take may be necessary for their own development and growth. I can appreciate and respect that, and religion and faith has become a lot less about prescribing roles and rules for others and instead about focusing on my own faults—the beams in my own eye—while being forgiving and accepting of the motes in others’ eyes.

This point of view for me is echoed in Tracy Line’s memoir of her own faith journey called Chasing God: Finding Faith from the Outside Looking In (2015). It is a collection of essays based on her memories with religion and God, and these essays trace the development of her own journey toward spirituality. She was not raised in any particular religion or with any religious instruction at home. She ended up being introduced to religion through the television as a very young child. Each essay depicts a different time in her life when she felt a religious or spiritual pull, and how it impacted her to be to where she eventually is today. Her experiences are refreshing because they are nonjudgmental, non-preachy, and from the perspective of an outsider. She did not grow up in a particular denomination, but she has since found a religious home that fits her. 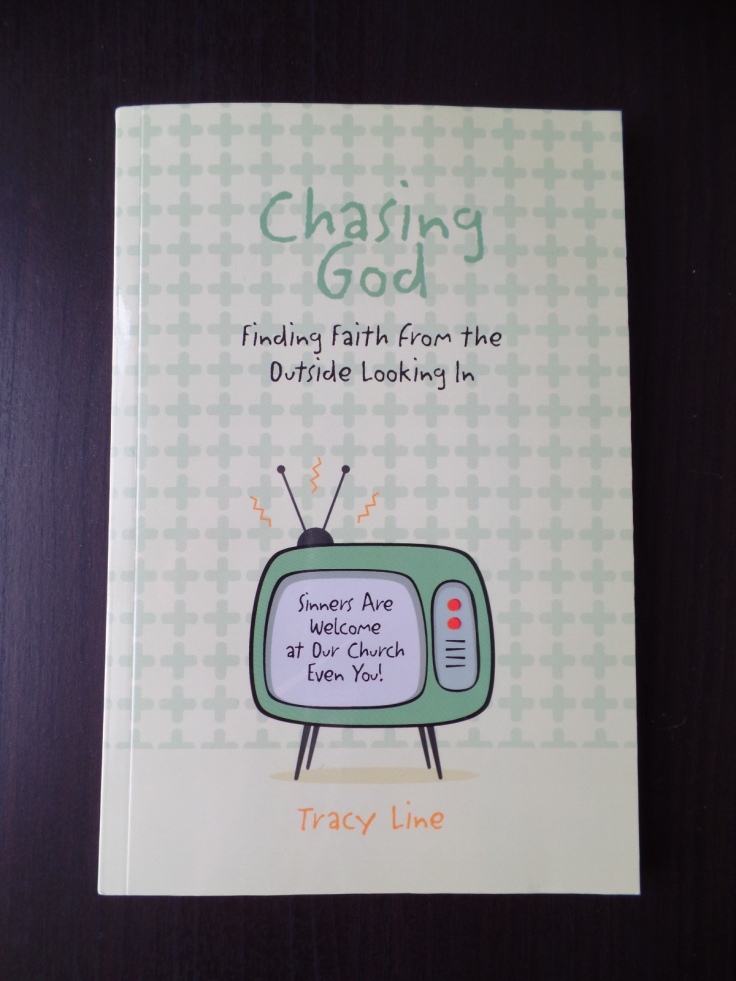 I suspect that most everybody can relate to her writings, no matter which religion or tradition we adhere to, as we are all wanderers searching for greater light and truth. I was happy to see that Tracy finds what she is looking for in the end, and that she has been able to credit her mother with some of it. As a child, she did not know if her parents were spiritual at all, but in the end, Tracy comes to realize just how much of a spiritual life her mother had, despite not necessarily sharing it with her daughter. I was also pleased to read about the good Tracy goes about doing. She is a great example of love and caring and living religion rather than just preaching it.

It is a quick, fun read, perhaps perfect for this time of year, when many of us are participating in religious celebrations and traditions and trying to reconnect spiritually. I enjoyed reading about her experiences and I think you will too.