Although loss of faith is characteristic of the Modernist era, Ernest Hemingway does not shy away from using religious themes in his novels.  One of the most striking examples is the use of Biblical references in For Whom the Bell Tolls (1940).  Hemingway uses Biblical imagery as a way of showing his characters’ religious devotion to their cause and also to represent them as on “right” side of the Spanish civil war. 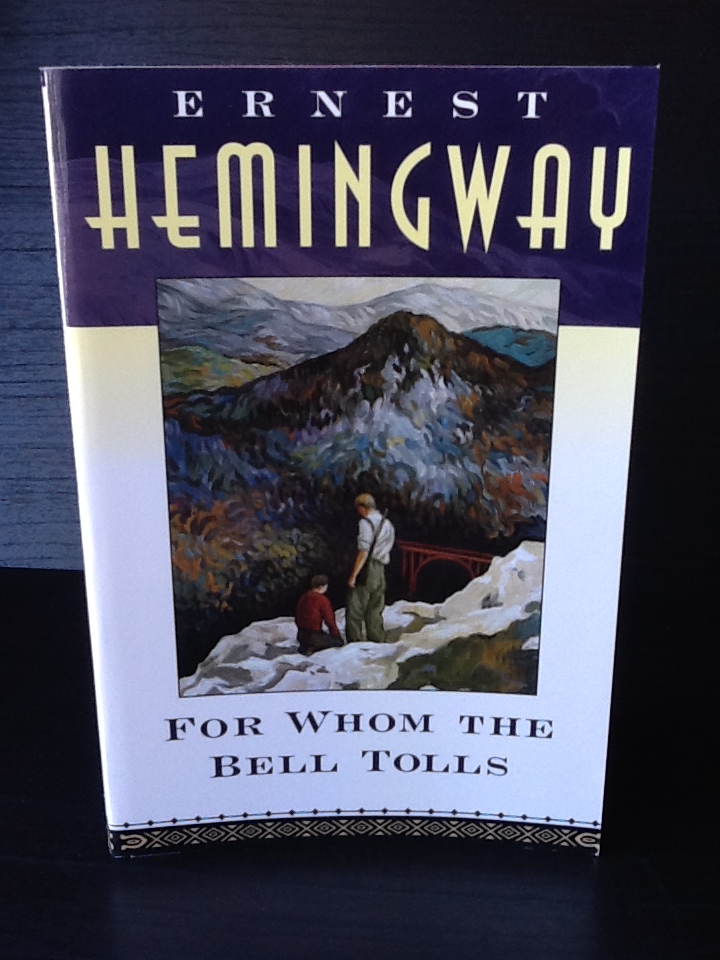 One important use of this symbolism is when Sordo and his band are attacked on a hill.  The scene is described as if Sordo is a Christ figure.  Hemingway makes much of the hill on which Sordo is dying, reminiscent of Calvary’s hill on which Christ was crucified.  “If [Sordo] had known how many men in history have had to use a hill to die on it would not have cheered him any” (312).  He understands that he is going to die as a martyr for his cause, just as Christ did, but he still finds it hard to accept.

In contrast, Spain is described as a country without devotion to religion.  When the strong Christian imagery surrounding Pablo and his band, Robert Jordan and Maria, and Sordo’s group is juxtaposed with this description of Spain, it is clear that the guerrilla’s fight is favored.  “Forgiveness is a Christian idea and Spain has never been a Christian country.  It has always had its own special idol worship within the Church” (355).  Although Spain is a Catholic country, Robert does not acknowledge this as true Christianity because of the Church’s tie to the government.  He sees it as corrupt and in need of “reformation” (355).  The guerrillas serve as this source of light for the country, fighting to free it from its antiquated ideas and idol worship.

Additional religious themes are abundant as a way to show the rightness of the cause.  The words seeing, hearing, and smelling are all used frequently, just as they are in the Bible.  In addition, the characters speak formally to each other, as is customary in Spanish with the use of usted; however, the Bible also frequently uses “thee” and “thou.”  The ideas of atonement and sacrament are also repeatedly mentioned, along with several Bible stories.  The most compelling of the stories is that of Ruth.  Robert’s words to Maria as they part echoes Ruth’s story: “I go always with thee wherever thou goest” (463).  Ruth’s similar words are to her mother-in-law Naomi.  The words connote a love that cannot be broken, which is how this phrase applies to Robert and Maria so aptly.

Overall, the use of Biblical imagery shows the rightness of the guerrilla’s cause in war and reveals the depth of their devotion to the fight.  The characters act with religious fervor that equals the stories of Christianity and that proves them to be martyrs to their cause.

This is my least favorite of Hemingway’s books, but that’s not to say it isn’t enjoyable.  I did enjoy it, but I didn’t love it.  It’s lengthy and complicated, and I’ve covered the bare minimum here in terms of imagery and plot.  I must mention that my friend Kamri got to read For Whom the Bell Tolls while visiting Spain with her husband for study abroad.  Wouldn’t that be cool?  I’m so jealous.  Spain is one of the places I want to visit most because of my Spanish ancestors.  Someday, I will get there.

The title reminds me of a funny reading quirk that my daughter Olivia has.  She pronounces the word “whom” as “wahm.”  I keep correcting her and she keeps saying it incorrectly.  It makes me laugh because of my own reading errors growing up.  For the longest time, I pronounced (in my head) the word “chic” as “chick.”  I finally figured it out.  She will too.

14 thoughts on “Hemingway Week: For Whom the Bell Tolls”