I first read Maile Meloy’s work through a short story in an anthology I had purchased during my Master’s program.  I took my oldest daughter to the park at that time (she was younger and my only one), and I sat on a picnic blanket and read while she played.  It was a warm spring day, and as I read for pleasure, not assignment, I fell in love with one of the stories.  It was “Ranch Girl” by Maile Meloy, and I realized that this was a story from an author I had been waiting to read.  I had reserved one of her short story collections, Half in Love, at the library.  It never appeared.  To this day, I have not seen that particular volume.  My library does not have Meloy’s books.  It’s a pity.

I began purchasing her books.  They are captivating and simply beautiful.  I began with Liars and Saints (2004), my favorite of hers.  I could not put it down.  The prose is uncomplicated and the story is gripping.  It is about a family and their ups and downs, caused by both human error and action and the context of culture, time, and place.

I immediately read the “sequel,” A Family Daughter (2006), and found that Meloy had turned her characters and the story on their heads.  The reality in the first book was the not the reality of the second book.  The entire plot is shifted and an alternative narrative is presented.  It is quite shocking, and as a reader, I preferred the first book, my first reality, and my first encounter with the characters.  However, both are good reads.

I have also read a short story collection by Meloy since then called Both Ways Is the Only Way I Want It (2010).  I ordered it as soon as it came out and read it within a few days of receiving it.  Each story has its own beauty and exploration of human nature.  The feeling I get when I think about Meloy’s novels are wonder, curiosity, admiration, and anticipation.  She is a fine writer. 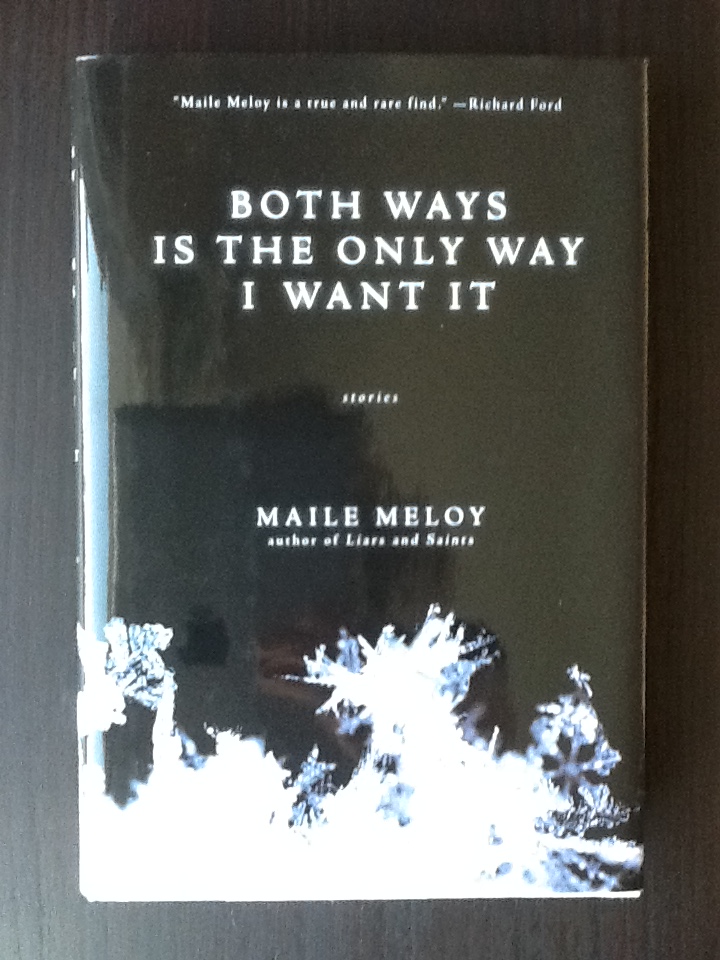 I still haven’t read Half in Love (2002), the short story collection that began my obsession.  Perhaps it is time to track it down.