I refused to read The Da Vinci Code (2003) by Dan Brown and number 42 on the BBC book list for a long time.  It was a bestseller and everybody was talking about it.  Some annoying celebrity on Oprah, when shown at her posh home lounging on a snow-white couch and reading a book, had The Da Vinci Code between her perfectly manicured hands; this sealed that sense of disgust toward the book for me.  I tend to reject what is popular when it comes to fiction.  I’m not sure why, but I do.  I’m usually disappointed when I try it, and it solidifies, for me, the fact that I think differently and care about different things when it comes to books than the masses.

Well, I was wrong.  I really liked it.  I finally sat down with it, likely during the summer when I had lots of time to read while watching the kids run up and down the streets in the sun, so I sat and I read.  I couldn’t put it down.  I was engrossed in the mystery and found myself drawn to the intrigue and drama. 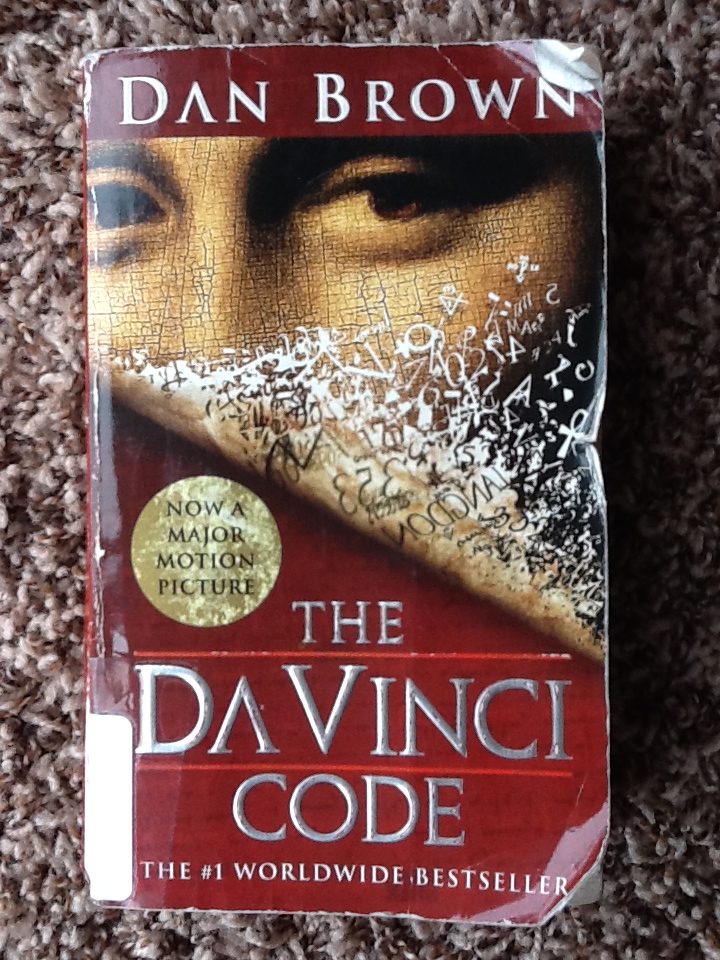 I’ve always liked mysteries.  As a girl, I spent hours with  Nancy Drew.  I also like conspiracy theories.  I’m not a nut.  I promise.  But I find those types of stories (folklore, if you will) fascinating and part of me wants to believe.

I guess that is why I have almost no problem believing the premise of The Da Vinci Code, that Jesus was married and may have had a child.  I’m a religious person, and in my church, we often teach that Jesus was baptized as an example to us.  He was perfect and he didn’t need baptism.  But he did it anyway.  I like to apply that same “logic” to marriage.  My church teaches that marriage is the highest covenant one can make and that it is celestial law.  It makes sense to me then that Jesus would have married as well.  In addition, if we are children of God, and he is our Heavenly Father, then we also have a Heavenly Mother.  This recognition of a Heavenly Mother is a common thread of discussion among feminists in my church.  It was also the topic of a recent scholarly study of my church’s teachings; the researchers found that there is no official prohibition of talking about Heavenly Mother or believing in her, despite some cultural influence in the opposite direction.

Anyway, my religion obviously influenced my delight at the plot of the book.  It makes sense to me.  Why wouldn’t Jesus have married?  Why wouldn’t he have had children?  I don’t know a lot about the history of The Bible, but I know that it has been subject to change at the hands of different people.  Perhaps the Apostle’s gospels never mentioned Christ’s marriage and family.  Perhaps later scholars scrubbed it of such information for various reasons.  I’m not sure, and here I go creating my own conspiracy theories!

So once I finished The Da Vinci Code, I, of course, turned to Dan Brown’s other novel, Angels and Demons (2000).  I loved this book too.

I think what appealed to me most was the research aspect of the investigation and the scene where Robert Langdon gets stuck in the Vatican archives.  What suspense!  What a way to die!  What a wonderful way to die, surrounded by old papers and information and in the act of researching!  I guess that part of the book glorifies what I’m currently doing with my life as a Ph.D. student, so death by research seems appropriate, realistic, and completely romantic.

When The Da Vinci Code movie came out, I dragged my husband to it.  He wasn’t particularly excited, since he hadn’t read the book, but we both ended up enjoying it.  Tom Hanks seemed perfect for the part, and reliving the plot of the book was fun.  We also then attended Angels and Demons, and again, Ewan McGregor was perfect!

The other part of both books I liked were the settings.  I’ve never been to Italy, but I want to go someday and see the Sistine Chapel, Michelangelo’s masterpiece on the ceiling of it, and many of the other architectural, sculptural, and artistic wonders of the world.  I minored in Humanities as an undergraduate, and in one of my favorite classes I learned about the frescoes of Fra Angelico.  I also spent time studying Michaelangelo’s sculptures, and The Pieta is by far my favorite. 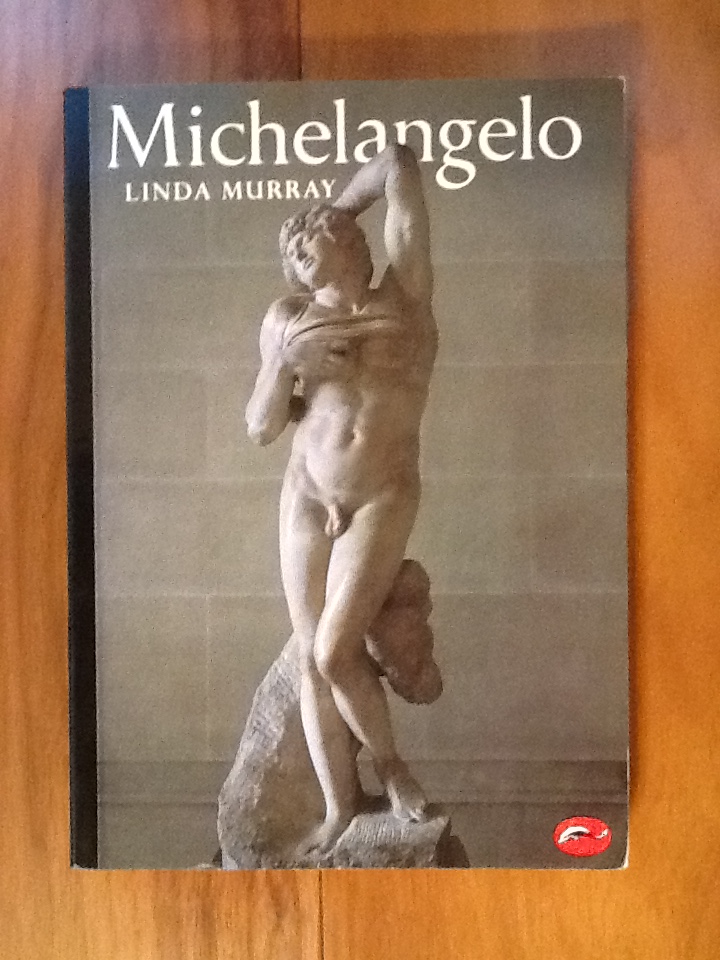 Somehow, this post on The Da Vinci Code has devolved into reminiscing about my days as a humanities student, but let’s go with it.

So my favorite teacher from those days is Professor P.  I’m still in touch with him (thanks to the wonders of social media), and whenever I visit my old university, which isn’t often, I stop by his office.  He always greets me with a smile and a hug, and the last time I saw him, I was quite pregnant, yet he managed to compliment me and make me feel good.

He also assuaged some awkward feelings I was having about applying to Ph.D. programs.  I had another professor at a different school discourage me from applying because of his difficult experience with finding a job after graduation.  His Ph.D. is in literature, so I can see his point, but I was applying to rhetoric, composition and professional/technical writing programs. Anyway, this professor, when I asked him for a letter of recommendation, was hesitant because of these feelings toward getting a Ph.D. and said some things that I felt were hurtful, mean, and unsupportive.  Maybe he was just trying to be honest, but it wasn’t his choice, and to withhold support because he didn’t see my dreams as valid didn’t make sense to me.

So I went to Professor P.  I told him my concerns through email and the frustration that I was feeling.  He reassured me of my abilities, agreed to write as many letters of recommendation as I needed, and just cheered me up.  His view was not as cynical as this other person’s, and I appreciated seeing his side of it, hearing his experiences, and overall just having his support.  He’s been a fantastic mentor to me over the years, and when I think of my days studying the humanities, I think of him.  I took two classes from him and enjoyed every minute of them.  I kind of wish I had double-majored and gotten a B.A. in Humanities as well as English, but then I guess we would be back to the argument that such a degree is “useless” and wouldn’t have improved my chances of getting a job.

But is an education really about getting a job?  Is that why some of us study art, music, and literature?  Is it okay to get an education just to be filled and enlightened and to understand the world as a better and more beautiful place?  I’m not sure.  I guess whenever you throw money into things, I want to reject that as the ultimate good, but we also can’t live without it.

So back to The Da Vinci Code.  I have been to France.  I wish I could have spent an entire week in the Lourvre.  I have seen the Mona Lisa, where the adventure in the book begins.  When we visited it, I joked with my husband that we might be about to discover some secret code and need to chase bad guys and clues all over Europe.  We also joked about finding Mary’s tomb under the Louvre’s pyramid.  None of that happened, but I did get close enough, through the crowd, to get a fuzzy picture of me with it.

I enjoyed this book; it rekindled my love of art through reading the book.  It’s a thriller to be sure, but it’s a smart thriller and one that appeals to this one-time humanities student.  I guess bestselling thrillers can be worth reading, fun, and addicting.  I don’t always find myself recommending them or even taking them home to read, but these books are pretty darn good.

69 thoughts on “Mystery, Marriage, and Death by Research”