Several years ago, I spent much of my time running a local scholarship program for the young women in my community.  I directed the program, completely as a volunteer, and helped the women learn public speaking, interviewing, and community service skills.  After five years of doing so, I stepped down to focus on academia, but I am still in contact with many of the young women I met through the program, and I have made friendships that will last a lifetime with them and with the other women who helped to make the program a success.

After one particular year, the young woman with whom I had worked closely brought me a gift.  It was Jessica Seinfeld’s Deceptively Delicious.  I will be forever grateful for the time that I spent with that amazing young woman and the way that she inspired me to be a better person.  I will always think of her when I use Seinfeld’s cookbook, which suggests using vegetable purees in all of her recipes to “trick” her children into eating more healthy.  My favorite recipe from this book is the turkey meatloaf and mashed potatoes.  The carrot puree in the meatloaf makes it extra moist and tasty.  Unfortunately, my kids don’t really like the meatloaf.  They probably prefer the brownies that hide spinach in the mix.

I found another great cookbook, The Perfect Hostess Cook Book, at the thrift store.  I have not yet tried any of its recipes, but I had to buy it.  As a feminist, I could not resist buying a book titled The Perfect Hostess Cook Book and published in 1950.  There are bound to be gems in there, right?  Anyway, some of the recipes I have marked to try are Supa Shetgia, Chicken in Garlic Cream, Chicken Georgia, Baked Herb Potatoes, Apple Coffee Cake, Artichokes Filled with Mushrooms, and Tomatoes Fribourgeoises.  I plan on trying the entire chapter titled “Ten Original Victorian Puddings.”  Yum. 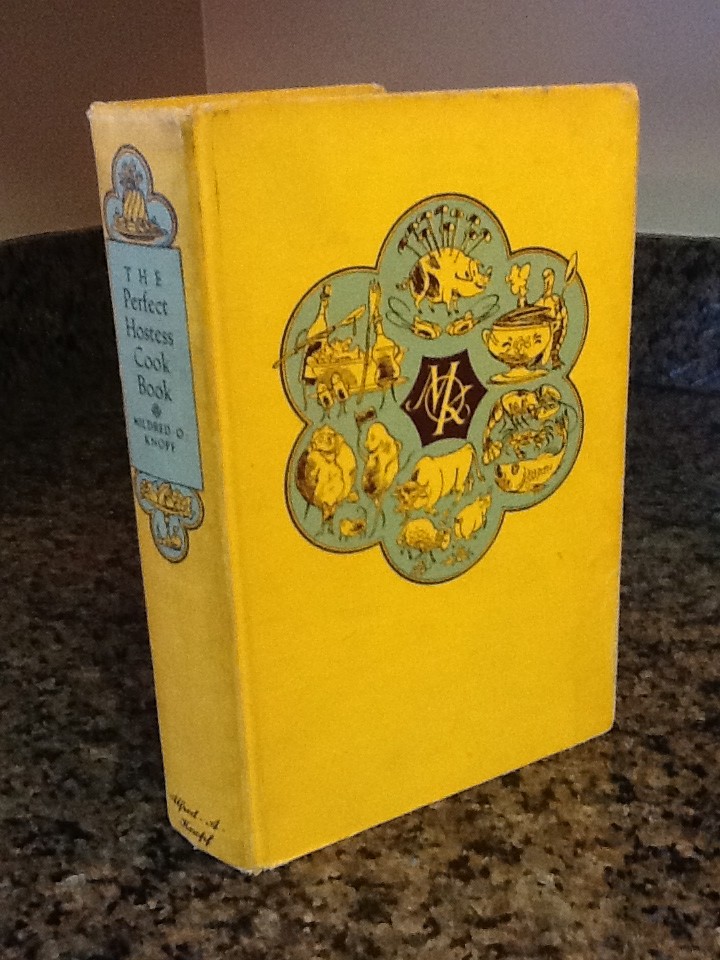 The last cookbooks I want to highlight are a family joke.  My mother is terrible at giving gifts.  She’ll often “forget” birthdays, and then if you mention it, she’ll rummage through her cupboards and hand you something used.  One year, she promised to buy me some Dorothy Whipple books because I needed them for my Master’s thesis.  I sent her the links of where to buy them, and I felt so excited for my birthday for the first time in about ten years.

Then, that day arrived and she ignored it and got me nothing.  Later that week, when I visited her, she handed me a cupcake decorating book, from her cupboard and unwrapped, saying that she had thought of me.  I’m not a baker.  Everybody in my family knows this.  This lack of baking skill has been my signature in the family since I made “Rock-Hard Brownies” and “Nuclear Cake.”  These are not proud moments for me.  So for my mother to hand me a baking cookbook, similar to the one she got me the year before, is akin to her slapping me in the face.  Here’s a picture of my cake cookbooks.  My sister got me one of them as a joke after the incidents with our mother.

What are your favorite cookbooks?  More than ever, I am finding most of my new recipes on Pinterest.

33 thoughts on “My (Sparse) Collection of Cookbooks”