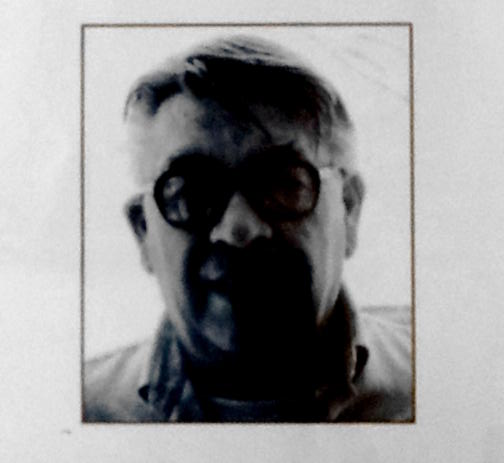 This is one angry man.

When he spoke at Stanford University on the Indian relationship with the land, his first question from the audience was “a person asking whether I didn’t think running hundreds of buffalo over a cliff was wasteful” (113).  He found the question to be snide, disrespectful, and full of assumptions, as if he and his friends had recently done so.  He writes, “Since the only recent slaughter of buffalo that I could remember was the Super Bowl, I took offense and refused to answer any more questions” (113).  He’s angry.

But he has every right to be angry.  Vine Deloria, Jr., (1933–2005) was a professor of history, law, religious studies, and political science at the University of Colorado in Boulder.  He was also a Native American.  In his book, Red Earth, White Lies: Native Americans and the Myth of Scientific Fact, he argues that science isn’t always accurate, and that science should take Native American stories and folklore into account when studying the earth’s geology and history.

As somebody who is fond of storytelling myself, I tend to agree with him.  Stories are important.  Stories have meaning.  Stories are passed down orally through generations, and their information can be just as accurate, useful, or interesting as information gathered through scientific research.  This is essentially Deloria’s argument, and although I didn’t agree with everything he said, I understood his point.  I heard him.  I am somewhat convinced.

Deloria confronts many scientific theories about the formation of certain geological formations in the Americas and theories about how long ago and by what manner the Americas were inhabited.  He holds Native American knowledge up against these theories, exploring both similarities and weaknesses in the myths and the science.  He focuses only on Native American stories that are in print, which he says accounts for “only 10 percent of the information that Indians possess” (11).  This is intriguing to me.  I took a few folklore classes in my undergraduate days, and this sort of information gathering and cultural knowledge is fascinating.

Because Deloria presents his information most eloquently, I will share with you some of his thoughts in his own words.

“The stereotypical image of American Indians as childlike, superstitious creatures still remains in the popular American mind―a subhuman species that really has no feelings, values, or inherent worth.  This attitude permeates American society because Americans have been taught that ‘scientists’ are always right, that they have no personal biases, and that they do not lie, three fictions that are impossible to defeat” (20).

He goes on to give the example of sports teams that use demeaning images of Native Americans as their mascots.  When people complain about this, others ridicule them for it.  Sports writers even dare suggest that pretty soon Lions, Tigers, and Eagles will begin protesting their use as mascots, suggesting that Native Americans are somehow akin to animals.  This is all unfair.  This is probably one of the reasons Deloria is angry.

His thoughts on religion in America are just as angry.  He says, “Religion, in any usual meaning of the term, ceased to exist in America long ago.  Indeed, any high deity exists for Americans can only insofar as he or she can guarantee great sex, lots of money, social prestige (read celebrity), a winning football team, and someone to hate.  American denominations are busy frantically trying to appeal to the unchurched by redefining sin” (21).

He goes on to explain why this angers him.  It’s because Indian religions are constantly attacked and told what they can and cannot include in their ceremonies according to law.  He states, “America was once a nation where religious freedom was guaranteed.  Now it is guaranteed to everyone except the original inhabitants, who have never demonstrated religious intolerance at all” (28).

The best part of this book is Deloria’s tone.  Yes, I mentioned angry.  But he’s also sarcastic and funny.  He probably offends at times, but I enjoyed a look into the mind of a person that I probably wouldn’t rub shoulders with on a regular basis.  Here are some examples of his tone.

“Appointment to Senate or House Indian subcommittees has been a fate most politicians avoid like virtue.  (It would be absurd to describe an American politician avoiding sin)” (29).

“This report is one of the few times that I will try to believe a government agency’s results” (72).

“At the rate ‘scientists’ are reducing the time required to have extinguished the megafauna, we will soon be told that a single Paleo-Indian glared across the Bering Strait and thirty-one species of megafauna fell over dead” (217).

“Lest scientists begin to hemorrhage, these citations, in my mind, have nothing to do with the validity of any religions―Indian, Christian, Islamic, or Jewish” (234).

“We have become so accustomed to bowing down before scientific authority figures that we have lost the ability to understand what they are saying” (238).

As you can see from these quotes, Deloria is both passionate and hilarious about his subject.

He also tackles evolution with this same skepticism and sarcasm.  He’s not convinced.  He says, “Read any book on evolution and you will discover a surprising number of modern species that stopped evolving millions of years ago.  In addition, even the most sophisticated of modern scientists, in explaining the fossil remains, finds that species in rocks are distant relatives to each other, not direct lineages” (40).  He doesn’t see evolution the way most people think of it, and neither does Stephen Jay Gould.  He also asserts, “If we could find an honest scientist and have him or her make up a complete list of animals, fish, birds, reptiles, bacteria, and plants that ‘stopped evolving’ millions of years ago and are found alive and kicking in the modern world, we would have a pretty good inventory of contemporary fauna and flora” (240).

A few weeks ago, I heard an interesting discussion on fraud and plagiarism on NPR’s Talk of the Nation.  Inevitably, scientific frauds were discussed, mentioning that some scientists have been caught manipulating or making up data, either under pressure to publish or to make money.  The most famous example of late is Dr. Andrew Wakefield, who falsified his results of vaccines and autism, spreading false information about the cause of autism and scaring parents out of their wits.  Deloria covers this entire train of thought in one sentence: “‘Evolution’ is used to cover a multitude of academic sins” (44).

As to human evolution, Deloria asserts that “the evidence for human evolution, may exist more firmly in the minds of academics than in any location on Earth” (67).  He has several other theories about how humanity populated the earth, including that people moved from the American continent eastward to Scandinavia and western Europe.

And no, I’m not going to go all crazy on you and suggest that I know better or that Deloria knows better than other researchers and data.  But I am going to say that we don’t know it all.  We just don’t.  We can pretend that we do, or claim that we do, but we don’t.  In the grand scheme of the universe and cosmos, we are simply nothing and we know nothing.  Because this debate over “evolution” is such a touchy subject, along the lines of religion and politics, I will not go further.  But I definitely argue that we do not know it all.  We sometimes just act like finicky teenagers who think we do.

My biggest problem with Deloria’s arguments is that he wants Indian traditions and stories to be taken seriously, but he trivializes and undermines other traditional stories.  He has a section that discusses flooding, including Native American stories of great floods, but snidely makes fun of “scientists and laypeople alike who still believed the stories of the Old Testament” (130).  If we are to take Indian stories seriously, should we not also take ancient records and other cultural and religious stories seriously?  Should not all of humanity’s stories be incorporated into a grand study of the earth’s history?

But later, Deloria contradicts himself by bringing Biblical accounts of giants into play when recounting Indian stories of giant white men.  He presents an argument by Donald Patten, who suggests that before the great flood, people often lived longer and grew larger.  According to Patten, this is also true for plants and animals during this time.  He also admits that Indian tradition and the description of Genesis, in terms of the earth’s early climate, are “mutually supportive of each other” (234).

So, why did Deloria spend an entire book arguing with scientists and recounting Native American legends?  Because he wants change.  He has several calls to action in his book, a device I often point out to my composition students in the essays we read for class.  A good conclusion usually has a call to action of some sort.  Deloria’s calls are these:

“Corrective measures must be taken to eliminate scientific misconceptions about Indians, their culture, and their past” (60).

“There needs to be a way that Indian traditions can contribute to the understanding of scientific beliefs at enough specific points so that the Indian traditions will be taken seriously as valid bodies of knowledge” (60).

“I hope that the next generation of scholars, Indians and non-Indian, will force open any breaches I have identified in the wall of scientific orthodoxy and make honest people out of scientists who are now afraid to publish their true beliefs and thoughts out of concern for peer conformity” (232).  He goes on to list several areas in which he believes this should happen: creation, volcanism, the early climate, geological columns, living fossils, dinosaurs, radiocarbon dating, and clovis points.

Overall, Deloria ends his argument with more sense and less anger than when he began.  He says, “We are living in a strange kind of dark ages where we have immense capability to bring together information but when we gather this data, we pigeonhole it in the old familiar framework of interpretation, sometimes even torturing the data to make it fit” (231).  I like his description, and I too can see disadvantages to having so much information at our fingertips.  It is overwhelming and hard to think straight.  However, all of this information can only do us good in the long run.

What do you think?  Are stories just as valuable in conveying truth as science is?

25 thoughts on “Ancient Stories and Science: How Do They Fit Together?”