I envy Julia Child’s years of living abroad, especially her time in France.  Almost four years ago, my husband and I had the pleasure of visiting Paris with my dad, his partner, and my grandmother.  Wow!  What a trip.  It was my first time overseas (I’d only ever been to Canada), and I long to return.  Most fascinating to me was the beauty of the city, the age of the buildings, the art, and of course the food.

France is where Julia Child learned to cook at the famed Le Cordon Bleu school.  I am impressed by her talent, yet her book My Life in France reveals the secret to this talent, that people are not usually born with magnificent abilities, but they work hard to develop them.  Once Mrs. Child realizes the fruit of her labors and must travel all over the country to promote them, she says, “This sort of life was fine for six weeks, but I would not like to be stuck in it continuously.  It left no time for work” (233).  This is her secret to success.  She would never have earned such praise for her monumental book Mastering the Art of French Cooking or for starting her beloved public television show without hard work. 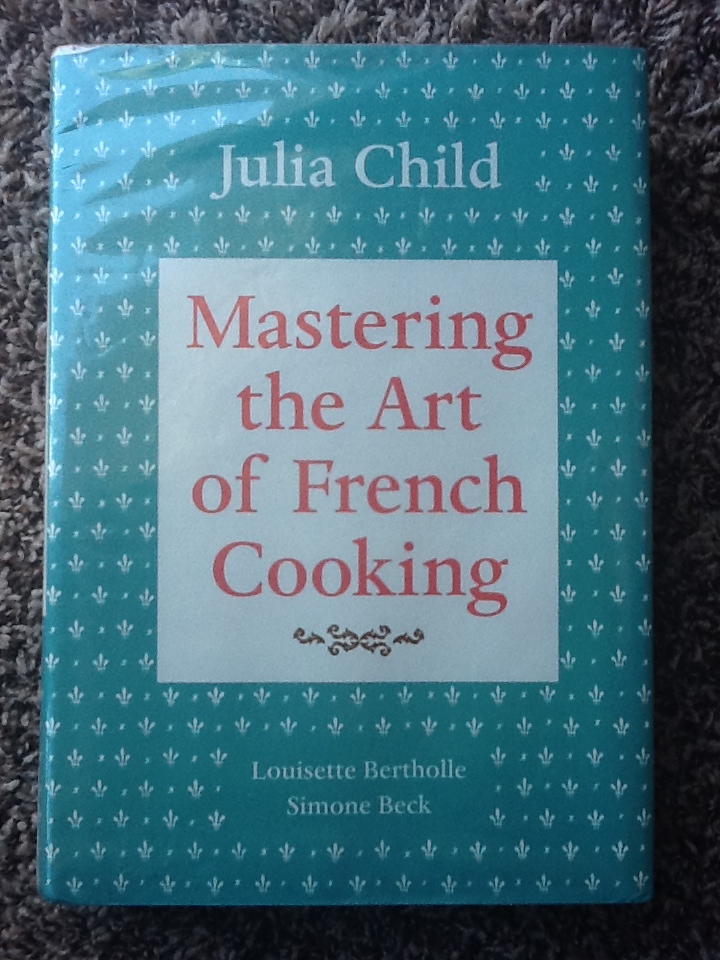 Her other secret is a loving husband named Paul.  She recognizes this when she writes about one cooking demonstration for a women’s group in Los Angeles: “In between shows, we signed books, sat for interviews, and made the right noises to dozens of VIPs.  Meanwhile, the esteemed former American cultural attaché to Norway [her husband Paul] was crouched behind some old scenery flats trying to wash out our egg- and chocolate-covered bowls in a bucket of cold water” (235).  I laughed at her depiction of Paul, but my heart swelled with the realization that this is true love.  I too have a husband who does such things for me.  He is never too high and mighty to help with the dishes, the children, or the advancement of my career goals.  I’m as lucky as Julia Child in that respect. 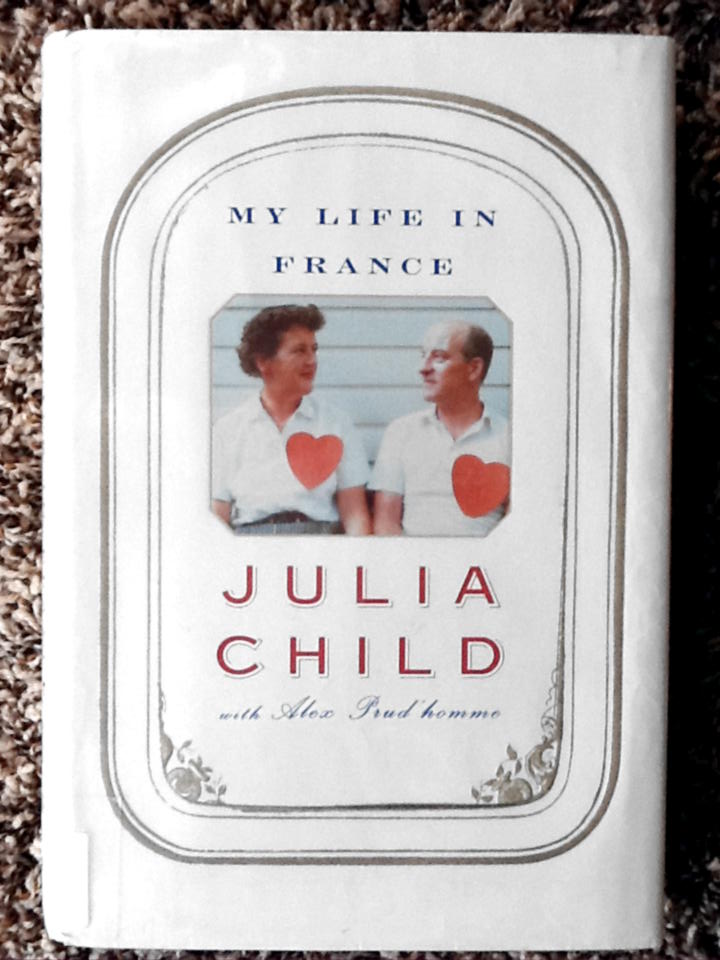 While reading My Life in France, I found myself nostalgic for the beautiful city of light.  We too ate superb food in Paris.  One of my favorite dishes was confit de canard, which always reminds me of a most surprising encounter in a café behind the Musee d’Orsay.  I had just ordered, when our lunch was interrupted by shouting.  We turned to see a gypsy yelling at one of the restaurant workers.  My dad, fluent in French, translated, explaining that she was upset that he hadn’t given her enough money.  Apparently, the worker had generously given her some money for begging and she was angry at the amount.  I couldn’t believe it!  Beggars can’t be choosers.  However, my shock did not reach its peak until the girl lifted her skirt, revealed that she was wearing no underwear, and then made a lewd gesture at the man.

We tried escargot under less exciting circumstances.  I also enjoyed the arugula salad served with many of our meals, and consequently have added arugula to my weekly shopping list.  I often top it with shaved parmesan and my favorite salad dressing (which isn’t French at all) Angelo Pietro’s Sesame & Miso.

Reading Julia Child’s book made me hungry.  She describes succulent food and fabulous desserts.  She even admits to not knowing how to cook at all when she first married.  The first dish she served to Paul (ten years her senior, fluent in French, and accustomed to living in France) was brains simmered in red wine.  She said it turned out mushy, but her husband dutifully ate and did not criticize.

Julia Child also addresses the common “stereotype of the Rude Frenchman” (25).  When we arrived, I worried that the people of France would not be kind.  Julia Child had these same thoughts.  However, she learned that they were kind instead, especially if you were attentive and respectful.  I too realized this on my trip.  I had a few airport workers use a demeaning tone with me, but once we were in the city, I marveled at the kindness of waiters and fellow subway passengers.  I think it helped that my dad speaks French, but he also taught us to be polite by saying bonjour and bonsoir at appropriate times and then to say “hello” in English to let the person know that we needed them to use their superior language skills to further the conversation.  This worked well.

Julia Child’s memoir is heartwarming and delightfully written.  Through her gourmet quest, she associates with Hadley Mowrer (a former Mrs. Hemingway), attends Bumby Hemingway’s wedding (at which Ernest was absent), meets Alice B. Toklas (Gertrude Stein’s partner), and joins several French eating clubs.  Her writing style is so friendly and upbeat that by the time she describes the publication of Mastering the Art of French Cooking, I had completely fallen in love with her.  The description of her and Simca’s unexpected whirlwind tour of the book – including a New York Times review, a Today show appearance, and stories in Vogue and Life – made me emotional for her triumph.  Julia Child sure knew Paris, and through her, I feel as if I know Paris better now, too.

4 thoughts on “Julia Child and Paris”

I need to remember this. #books #womensfiction #lizkay #reading
Here’s my reading #wrapup for August.